SAY NO TO SEXUAL VIOLENCE

Educating soldiers of Congo’s National Army that rape is a crime with devastating consequences for their victims, society and themselves. Wherever war breaks out, men with guns rape. Nowhere in the world has sexual violence reached the scale and level of brutality than in the Democratic Republic of Congo. Congo’s National Army is the group most responsible for rape nationally. Until the project started there was hardly education available to army personnel to confront them with the devastating consequences of rape for their victims, society as a whole as well as themselves.

After extensive research, We developed films around six themes that confront soldiers with the consequences of rape through testimonies of victims, perpetrators and military and judicial experts. Following a showing of the film, discussions are facilitated by specially trained military officers. As of May 2011, a mobile cinema travelled to military camps to educate and hopefully change Congo’s soldiers’ beliefs, attitudes and actions.

This project was implemented in collaboration with Search for Common Ground and the FARDC, with funding from the Royal Embassy of the Kingdom of the Netherlands. The project took place under the ‘Tomorrow is a New Day’ programme of SFCG.

GOAL
Educating soldiers of Congo’s National Army that rape is a crime with devastating consequences for their victims, society and themselves.

IMPACT PARTNERS:
This project is implemented in collaboration with Cordaid, Stichting Vluchteling and the Dutch Postcode Lottery. 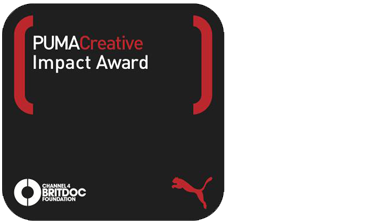 This resulted in military officers and ordinary soldiers demonstrate a greater awareness of human rights and the importance of protecting civilians. A Decrease in the abuses, including rape, committed against civilians by officers and soldiers exposed to this project.